Ys V: Kefin, Lost Kingdom of Sand ( イースV 失われた砂の都ケフィン, Īsu V: Ushinawareta Suna no Miyako Kefin?) is the fifth game of the series. It was released for SNES in 1995, followed by an updated version called Ys V Expert. A remake was released for the Playstation 2 in 2006.

Ys V begins as Adol lands in the region of Xandria, in the realm of Afroca. The red haired adventurer’s reputation precedes him, and so Adol is contracted by a wealthy merchant named Dorman to hunt for some crystals. These crystals are said to unlock the secrets of Kefin, a city in the desert that disappeared over five hundred years ago. The desert has mysteriously been spreading, displacing and ruining some of the towns in the area. The knowledge of the people of Kefin, who were said to have discovered alchemy, will supposedly help save the land.

The RPG-style statistical elements and the overhead view of most of the previous games are retained in Ys V. As in Ys III, there is no bump system; the player must press a button to swing Adol's sword. Adol is also given the ability to jump and block with his shield.

Rather than traditional magic, Adol uses “alchemy”, but it functions identically. These are cast by equipping stones to your sword, then charging them up with the R button. While you’re given your first spell – the standard fireball – you’re expected to craft future spells on your own. This is accomplished by combining three different elemental crystals; most crystals are found hidden throughout the environment. There are six different elements, and a total of 18 spells to use. While a relatively open ended system like this might sound good on paper, many of the spells are fairly useless, and you don’t get to test them out until you’ve already used your crystals. Various enemies are weak or strong to different elemental magic, but otherwise there’s not much of a reason to use it.

There are actually two different experience levels, physical and magical. The type of experience obtained depends on how you kill the enemy. Physical attacks will raise melee strength and HP, while magical attacks will raise magical power and defense. Gold is also not obtained directly from dispatching enemies, but instead many foes will drop gems, which are then sold at any store. You can only save at inns, but there is a quick save option that you can reload in case you get killed, which disappears if you shut the game off.

The initial release was considered too easy by many, so Ys V Expert was released a few months after the original game.

This is a list of known differences between the original Ys V and the Expert mode remake of Ys V:

No official English version was released. However, Aeon Genesis released a fan translation of the SNES version in the end of 2013. 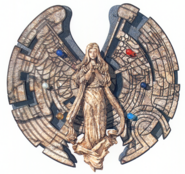 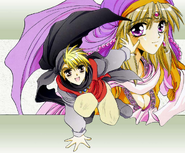 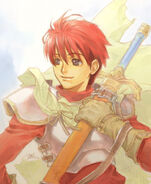 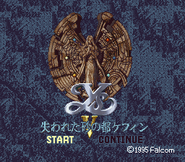