June 10, 2011
Ys Nexus (イース ネクサス?) was an MMO developed for Japanese mobile phones that has since been shut down.

The game was designed as an online MMORPG where players would complete missions that pit them against enemies from the series as well as run into various characters from the Ys universe as NPCs, such as Dogi, Geis, Terra, Feena, Reah and Lilia.

The game was released on June 10, 2011 on GREE, a Japanese social network platform for mobile phones. Unlike most games in the series, Ys Nexus was turned-based.

Ys Nexus featured a crafting system where players would be able to create a variety of weapons and other items from the series by combining materials collected during missions. It also included a guild system where players could summon others to help them during boss battles, this was done by using the "RESCUE" feature. 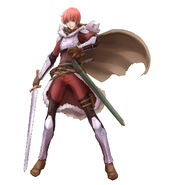 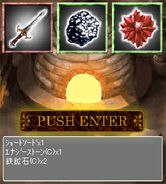 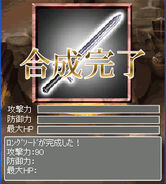 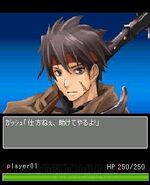