Ys IX: Monstrum Nox (イースIX -Monstrum NOX-?) is the ninth installment of the Ys series. It features Adol Christin's adventure in the prison city of Balduq in Gllia.

~ Excerpt from Prison of Balduq

Ys IX: Monstrum Nox takes place in Balduq, northeast of Esteria in the Gllia region, under Romun control. Balduq is known as "the prison city" for its large prison facility inside the town and its architecture featuring high walls as a result of being built upon the fortified era. The city is an important nexus for transportation in the region, resulting in a wide range of inns, bars and trade centers. In more recent years, public facilities such as theaters and baths have started to be developed too.

In more recent years, rumors of enigmatic individuals called "Monstrums" are said to have started appearing. The Monstrums are said to possess unique supernatural abilities, some of them seem to be helping the poor and helpless, while others are outlaws up to no good. This dichotomy has earned them both notoriety and ire from the many denizens of Balduq.

Balduq Prison, located at the edge of the city, is supposedly the largest prison facility of the Romun Empire. Originally, it was a fortress built to protect the Romun border, but it has recently been repurposed as a prison facility. Featuring only one entrance through a drawbridge, and surrounded by steep rock walls and deep moats, it is said to be inescapable. The townsfolk do not hold the prison facility in high regard, as the facility is also used to detain critics of the empire and political prisoners.

Ys IX: Monstrum Nox largely builds on the gameplay foundation of Ys VIII: Lacrimosa of Dana, where players control multiple main characters that can be switched between on-the-fly, each with their own play styles and unique skills.

There is a variety of paid cosmetic DLC such as costumes and attachments. 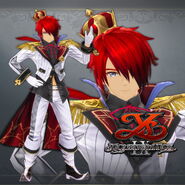 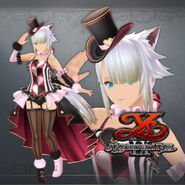 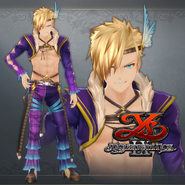 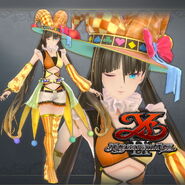 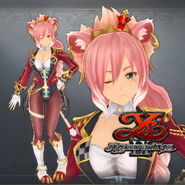 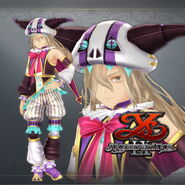 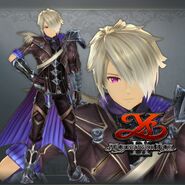 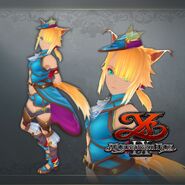 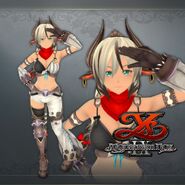 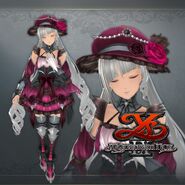 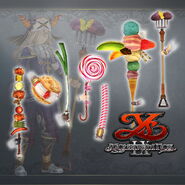 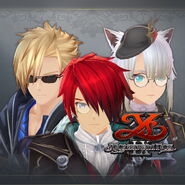 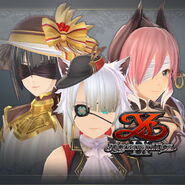 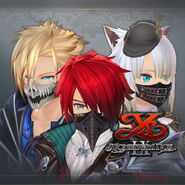 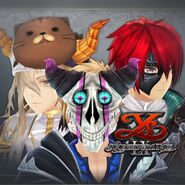 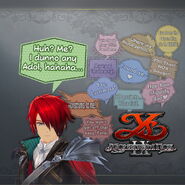 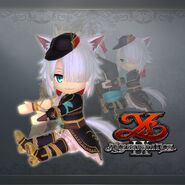 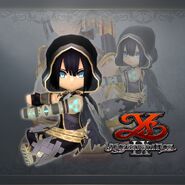 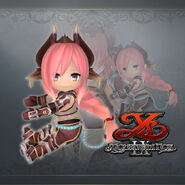 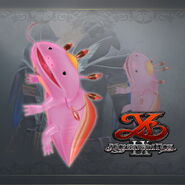 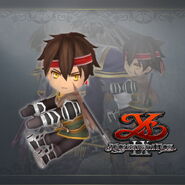 Nihon Falcom president Toshihiro Kondo stated that he wanted the next Ys game to lean more towards the adventure genre, with Dana's arc in Ys VIII: Lacrimosa of Dana as a hint.[5] In another interview, Kondo said that he wanted to take the new axis of direction and movement introduced in Ys VIII to the next level, citing examples such as an air dash or a hook shot.[6]

In an interview with French website ActuGaming, Toshihiro Kondo stated that the next Ys game will not be a remake but a brand new title, and is set after the events of Ys VIII.[7]

On December 5, Falcom launched a teaser website for Project N.O.X. The website featured a countdown that ended on December 19, the text "I had a Dream, found out the Truth in a prison called 'cradle'...", and a teaser image.[8]

On December 19, Ys IX: Monstrum Nox was revealed for PlayStation 4 during Falcom's shareholders meeting, scheduled for release in 2019.[9]

On March 9th, during a stage event at PlayStation Festa, Falcom president Toshihiro Kondo shared that Ys IX will be using motion capture in some areas of the game.[10]

On July 6th, Peter "Durante" Thoman released an overview of some of the PC-specific optimization and features in Ys IX's PC port.[11]

Ys IX: Monstrum Nox released in Japan for PlayStation 4 on September 26, 2019. A Traditional Chinese and Korean localization of the game released February 6, 2020 in Asia, published by Clouded Leopard Entertainment.

On June 23, 2020, in the New Game+ Expo 2020 Showcase, it was announced that Ys IX would be released on PlayStation 4, Nintendo Switch, and PC in the west with the release window of 2021, published by NIS America with English and French localizations.[12] The PlayStation 4 version was released early February 2021, whereas the PC and Switch versions released on July 6th.

The PC and Nintendo Switch versions were developed by Engine Software and PH3 Games.

Ys IX: Monstrum Nox received "generally favorable" reviews, according to review aggregator Metacritic, with an 80% for the PlayStation 4 version,[13] while the Nintendo Switch version received a 75%.[14] 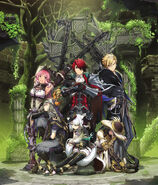 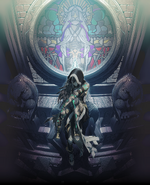 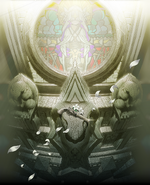 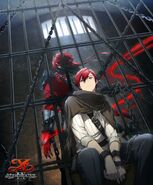 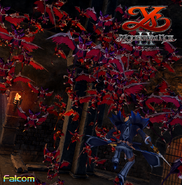 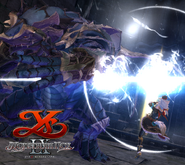