Dark Fact (ダルク・ファクト) is a powerful sorcerer, and the main antagonist of Ys I. One of the descendants of Cain Fact and Hugo Fact, one of the original six Priests of Ys, he is responsible for the appearance of demons, and the creation of the Stormwall in the sea that isolates Esteria.

Ironically, his descent to evil occurred after witnessing the murder of his parents, who warned people against mining of Cleria ore, known in the present only as "silver". As more Cleria ore was mined from the mine in Esteria, the seal on the ancient evil that once threatened Ys became weaker until Dark Fact managed to break the seal on the Black Pearl, causing monsters to appear across Esteria.

Throughout Ys I, he is referred as the mysterious cloaked man, who goes around stealing anything made of silver. This is due to the fact that his cloak is made of Cleria so only the weapons made of silver would be able to pierce it and actually harm him. He was also responsible for kidnapping Feena, one of the goddesses of Ys, and putting her in the prison inside the Solomon Shrine. It is unknown if he is responsible for her amnesia.

Eventually, he hears of the swordsman from the outside world by the name of Adol Christin, who started uncovering the relationship between the outbreak of monsters and the disasters that once befell in Ys by collecting the lost Books of Ys. In order to prevent Adol from going further in his quest, Dark Fact murders Sarah Tovah, who was helping Adol recover the Books. Nevertheless, Sarah anticipated her death and bequeathed the Book of Tovah to Adol, leaving written instructions to go to the Rastine Mines to find the third Book, so Adol presses on.

After struggling to get to the 25th Floor of Darm Tower, Adol reaches the Tower Summit, and comes face to face with Dark Fact. Dark Fact congratulates Adol on getting that far and goes onto explain his plan get to the floating island of Ys using the power of the Books of Ys and obtain whatever power that resides there. Stating that Adol has to die for the name Dark Fact to be inscribed into history, the sorcerer rises and engages Adol in his first real fight against a human opponent. After a brutal battle, which Adol later admits nearly cost him his life, Adol comes out victorious and the former descendant of Priest Fact of Ys disappears into flashes of light, leaving only his cloak and the final Book of Ys, Volume Fact, as remains.

Ys IV: The Dawn of YsEdit

As of the remake Ys: Memories of Celceta, this information is not canon.

When Adol met the third Sage Arya, Arya revealed the story of Celceta. His real name was Sieg Fact, and he was seeking for power to resurrect his master Darm. He was looking for the Mask of the Sun, but he only found its twin, the Mask of the Moon. After he steals the mask from the temple, a great catastrophe occurred in Celceta.

After Returning to Esteria, Adol visit the mines where the two goddesses sleep and temporarily awakens them with the Silver Harmonica. Feena and Reah tell him the rest of the story: the Mask of the Moon was the Mask of Eyes that Adol used when he met Feena the first time. Later, Gadis tried to resurrect Dark Fact using Keith Fact as a sacrifice, but he is saved by the goddesses, and thus Dark Fact returns to the dead. 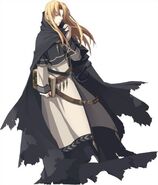 Dark Fact, with the Book of Fact, before his fall to evil 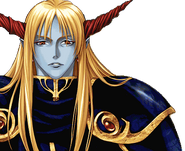 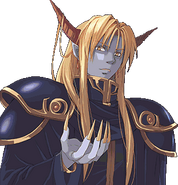 Add a photo to this gallery

Retrieved from "https://isu.fandom.com/wiki/Dark_Fact?oldid=14912"
Community content is available under CC-BY-SA unless otherwise noted.