Ys VI: The Ark of Napishtim

Crevia (クレヴィア) is a character in Ys VI: The Ark of Napishtim who serves as the guardian of Alma's Trials. (Note that this side quest is exclusive to the PS2 version of the game.) When Adol completes the fourth trial, Crevia would explain the origin of the trials and her role to Adol. It is revealed that she is a child of Alma and is forever bound to these Trials to help and judge the would be guardians of the Ark's seal.

While first hesitant to grant Adol access to undergo the trials because he is not a Rehdan, Crevia later changes her mind by saying she sees promise in Adol and goes as far as cheering for him. Once Adol completes the fifth and last trial, Crevia makes Adol promise to return once the outside world is safe again. However as Adol walks away, Crevia laments that as the Trials exist for the Ark's seal, once the Ark disappears, so too will the Trials along with her.

However, Crevia can be seen alive after the ending credits if the player completes the game in nightmare mode. 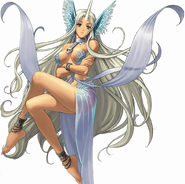 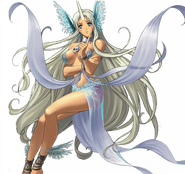 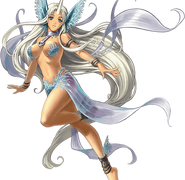 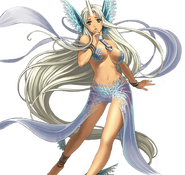 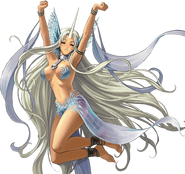 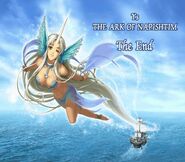