The Clan of Darkness or Darklings is a group of humans who, collectively, are the main antagonists of the Ys series. Adol has encountered members of the clan no less than five separate times in his adventures.

The Clan of Darkness was originally the group of humans who learned the craft of making Emelas from the Eldeen. While these humans were able to create Red, Blue, and Gold Emelas, they were unable to create White and Black Emelas. The Winged Ones did not teach them how to make Black and White Emelas, for they contained vast amount of power and thus cannot be controlled easily. While some humans attempted to make Black and White Emelas on their own, all they got in the end was Ash Emelas. Nonetheless, humans would go on to create dragon soldiers, the living weapons of mass destruction made of Ash Emelas, and use them in their warfare. Among their creations, one of them, later known as Galbalan, gained sentience and rebelled against the Clan of Darkness, leaving to terrorize Felghana before the Eldeen Genos sealed him away.

Dissatisfied with the powers they had, these humans attempted to steal the secrets of making Black and White Emelas from the Winged Ones. To this end, they stole the control key Almarion for the Ark of Napishtim and tried to gain knowledge and power from the Ark. This caused the Ark to go berserk and the sea level skyrocketed, flooding the Atlas Continent and the Canaan Islands. Alma managed to prevent the flooding of the entire world by sealing the Ark with her White Emelas body but the Eldeen civilization was effectively destroyed.

After this disaster, the descendants of these humans, now calling themselves the Clan of Darkness, went into hiding over on the Eresian Continent. Some, such as the inhabitants in the village of Danan in Ys: Memories of Celceta, would try to make amends for their ancestors' actions while some, such as Gruda and Ernst, would try to gain control of the remaining Eldeen artifacts in hopes of achieving what their ancestors could not. Adol encounters them many times throughout his adventures, as both friends and foes. 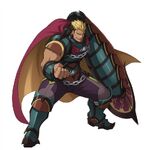 Arem, the Lord of Slaughter